DHCP is widely used for dynamically assigning IP and other network configuration parameters on systems especially on large scale infrastructure environments. It greatly reduces the administrative overhead of managing IP addresses manually for all the clients and servers.Windows DHCP server is capable of providing below mentioned network configuration components to the client.
• IP Address
• Subnet Mask
• Gateway
• WINS-Primary/Secondary
• DNS-Primary/Secondary
Apart from the above DHCP server can be used for various others configurations which we would discuss in the later articles.
Let us go through the process how DHCP allocates IP Address to the client machines. 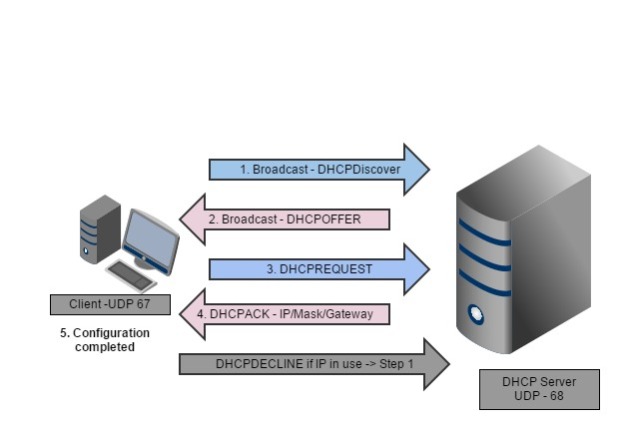 DHCP message from client to server is sent on DHCP server UDP port -67 and server to client message are transmitted on client UDP port – 68. You can get more details on this lease process on RFC 2131 which defines the framework for the DHCP protocol.